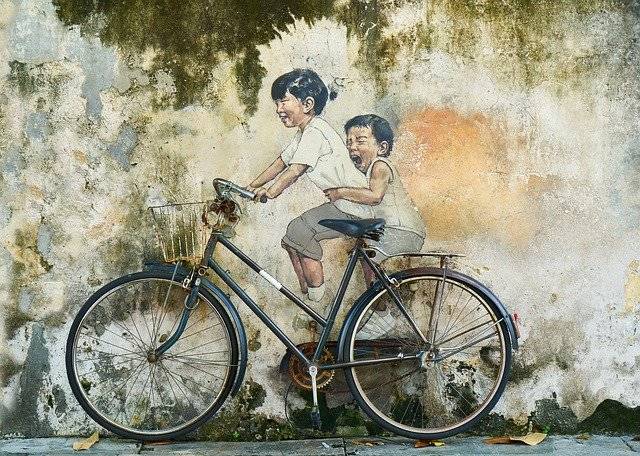 By sonumonuPosted on Posted in CyclingTagged Beginers Info, Hybrid BikeNo Comments on 5 Reasons Why Fixies Are Good For Commuting

It’s good that you’ve made the decision to start commuting by bike. But when it comes to commuting bikes you have two options; either fixed gear bikes or a road bike.

Whether its road, street, avenue or single way your fixie ( fixed gear bike ) provide a hassle-free cycling option. Generally, You need to look at various options and their features to select the right bike for yourself.

But its the fixed gear bikes that perform best for almost all commute type. Many riders often ask, which bike would win in a race and which one is comfortable for a commute?

But before we talk more about fixie bikes, it’s important to know how do they differ from single speed and freewheel types.

Freewheel Type: A freewheel bike can be either of single gear type or multi-gear type. The key characteristic of the freewheel setup is that you can stop pedaling but the rear wheel will still be moving.

Fixed Gear: These are the single-speed bikes with no freewheel mechanism. This means the pedal movement is directly linked to the movement of the wheel. This makes you stop the bike with a backward pedal movement.

Are Fixies Good for Commuting? (5 Reasons Why They Are)

5 Reasons Why Fixed Gear Bikes Are Good For Commuting

1 ) It Is Good For Exercise

Fixed gear bikes do not have freewheel setup which means you need to keep paddling to keep the bike moving. If you are new to fixes you will soon realize that you just can’t coast; even when going downhill.

This might be a challenge for some, but for a casual commuter aiming for fitness love this change. You have to keep peddling to keep your bike moving; keeping you fit and healthy on your daily commute.

If fitness is part of the motivation to join a bike commute; you gonna soon realize how effective these are. Furthermore, some models also came with a flip-flop hub so one can switch to freewheel setup at will.

With these, your body is engaged in doing work all the time. which then helps in fat loss and builds muscle in the longer-term. You can build upon these effects by adding the challenge of the terrain.

In addition, there is a vast culture attached to riding fixies and fitness. Which is not just popular but has its own community of riders and experts. So you are always in good company for help and advice!

2 ) Simple – Known For Its Simplicity

Fixies ( fixed gear bikes ) are inherently simpler than road bikes. It has less moving parts that can degrade and need to be replaced. For example, it does not have gears and brakes that usually cause trouble as they age.

With a fixed gear bike, you do not have problems such as gear changes, brake fails and chains getting stuck. There are far too few parts to go wrong that there is hardly anything to look after.

Even the little moving parts it has do not generally break; for example the chain or its spokes. Even if they do these are quite simple to repair and generally do not cost much.

This results in ease of maintenance which makes it a great commuter. Since it requires very little maintenance there is far less excuse not to ride; it helps you stick with biking.

One of the great advantages of being too simple is its ability to be customized. For example, you can install brakes if you want or change between a number of handlebars.

If you have to count the biggest benefits of a fixed gear bike; then its lightweight design is one of them. On average a typical bike weight 2 to 3 pounds more than a fixed-gear type.

Sure it is only a difference of a couple of pounds but it is that which counts in longer distance commute. Its lighter design and comfy seats make riding a much more comfortable experience.

In the city, you often had to modulate your speed moving slowly in traffic. Having a lightweight bike is great for such circumstance especially if its a fixed gear type.

With lightweight design fixe bikes offer more control on roads. You can literally control your bike speed with your body. Rather than the old school concept of subsequent acceleration and brakes.

Furthermore, the reduced weight of the bike gives a boost in speed. This compensates for the lack of acceleration you traditionally get as with other gear bikes.

Fixies have fewer parts than comparable gear bikes; which not just makes them light but also relatively cheap. Furthermore, fixed gear bikes are made of high tensile steel rather than carbon fiber.

This made them more diverse than other gear bikes in terms of price. Again since these bikes have fewer parts; they are easier to maintain and are cheaper to repair.

This makes it just idle for the average commuters who want a decent bike for a good price.

When it comes to all those advantages of having different gears; there is less to think about. Since almost all urban landscape is relatively similar ( almost flat ); you never need those other gears.

The best thing I personally like about these bikes is that; it takes quite some time to get used to this riding experience. This makes it somewhat theft-proof; it will be the last bike theft would try hands-on.

If you are on a budget you will always get a superior fixie for the same price. With a fixed-gear bike, you don’t have to think about the different technical issues when buying; it’s just easy transaction.

5 ) The Fun Of Doing Things

With fixed gear bikes, you feel more connected to the bike; as there is less tech getting into the way. Whether its flat surface, uphill or downhill it’s just you and your bike going all the way.

Plus its more fun to ride your fixie to the work. Here the pedals are always in sync with the rider’s motion. This leads to better satisfaction and enjoyment of riding the bike.

Learning to ride a fixed-gear bike opens a whole new opportunity to master different unique tricks. For example, you can run your bike in reverse direction pedaling backward.

So let the learning begin! Get the hand-on experience of different fixie tricks and make your regular commute a little more interesting. There is a vast subculture attached to learning fixie tricks.

Besides being simply enjoyable, it’s connected to the ground meaning better feedback. It makes you more alert to your surroundings and much more responsive. This can help make quick decisions commuting in busy traffic.

But fixies are more efficient than others making it go faster for the energy put in on similar gear ratio. Furthermore riding a fixed gear helps with cadence; thus letting you go much faster on regular bikes.

But when it comes to a fixed gear vs freewheel it’s a pretty tough call. let us take two bikes; a fixie and compare it with the same bike but with its fixed gear cog replaced with freewheel.

The freewheel has a slight advantage over fixed-gear type when it comes to the coast. A freewheel type bike is easier to ride and covers more distance for the same energy.

But its the fixie bike which has a speed advantage over freewheel type on flat ground and uphill journey. On the contrary, freewheel has a clear advantage in speed under downhill conditions.

I have been riding my fixed gear bike for around 2 years till now. Before I had a regular road bike. The difference between a fixie and a regular bike is biomechanics; rather than physics. One has an optimized gear ratio for everyday use while the others have a series of gear ratios to choose from based on need.

So to wrap this up a fixed gear bike is a great fit for city commute. But its equally horrible up or down the hill. I personally like this bike as, unlike other bikes, you really connect with this bike. It is lightweight by design and offers better control and feedback while riding.

Best Step Through Bikes For Seniors 2021

Why Do Fixed Gear Bikes Have No Brakes?