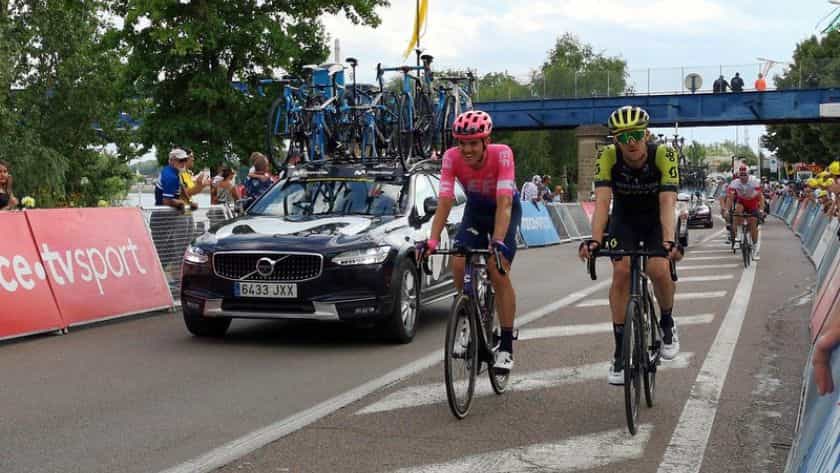 The Tour de France has been running since 1903 and has seen many great riders compete over its history. Its an annual bicycle race that takes place in France.

The race spans 23 days and takes riders through different regions of France. The winner is determined by the cumulative time of all the stages completed.

Over the years, there have been many champions who have won this prestigious event. Here is a list of some of the most memorable Tour De France past winners.

How does the Tour de France work

The Tour de France is a three-week cycling event that consists of 21 stages. Riders have to cover more than 200 kilometers on some occasions during these 21 stages.

There are also individual time trials, and each stage has its winner. The person who completes the tour in the shortest amount of time across most stages wins the race.

The Tour de France is a unique event in the sporting world as it requires great fitness and mental toughness from its riders. Riders need to plan their race strategically based on their strengths and weaknesses.

Some prefer to attack and take lead on climbs, while others like to sprint on a flat route.

One stage is performed every day covering more than 200 km covering hills, mountains, and flat depending on the stage. Which takes roughly five and a half hours to complete.

Riders have to battle with the weather, fatigue, and competition as they pedal their way toward a win.

Numerous victorious riders have been since the inaugural Tour de France in 1903. It was the French rider Maurice Garin who took home the first prize.

His victory margin in the race was almost six hours. In its early years, the winner was frequently the one who spent the least amount of time between stages.

In 1919, however, the winner of the race became the person who finished with the most points. Firmin Lambot was the first rider to use this strategy to win a race.

Alberto Contador has won the event three times, while Lance Armstrong has won it seven times in more recent years. The Tour de France is regarded as the pinnacle of cycling competition, and its victors are universally hailed as some of the sport’s all-time greats.

Some great victors and extraordinary occurrences have occurred since the inaugural Tour de France in 1903. From 2012 to 2022, these are the top three finishers:

Vincenzo Nibali won the Tour de France in 2014 with a performance that is remembered as among the most dominating in recent history.

He just raced away from the competition on the hilly sections of the race, ultimately winning by more than 7 minutes.

His victory was much more remarkable considering the competition he faced, which included the likes of Jean-Christophe Péraud and Thibaut Pinot.

Wiggins had just begun racing professionally a few years before and accomplished something remarkable. In 2009, he was almost victorious finishing third with a difference of + 6′ 01″.

With no one able to keep up with him this time, he made history as the first British rider to win the Tour de France.

Wiggins’s career had already seen much success up to that point, including a gold medal in the individual time trial at the 2008 Olympics in Beijing.

It was, however, the Tour de France itself that served as the ultimate objective. Although he had almost won in 2009, he would not be stopped this time.

The yellow jersey never seemed to be in jeopardy as long as Wiggins remained in the race. After claiming victory in the first stage, he continued pushing forward and eventually won by more than three minutes.

For the last few years, Chris Froome has been unchallenged at the top of the race, and his victories have been easy for him to take home.

The next major thing for him to do is strive to become one of cycling’s all-time greats by winning the Tour for a record fifth time.

In recent years, he has been the undisputed leader of the peloton, and his victories have been landslides.

But now Froome faces his most significant test: trying to become one of cycling’s all-time greats by winning the Tour de France for the fifth time.

If Froome were to win a fifth Tour de France, he would join an exclusive group of cyclists that only includes Jacques Anquetil and Eddy Merckx.

Froome’s advancing age will be his most unique physical challenge. In May, he’ll be 37, an advanced age for cyclists to compete in the Tour de France.

Jonas Vingegaard is the latest rider to join the elite group of Tour de France winners, winning his first title in 2022 at only 24 years old.

He is considered to be one of the most talented and promising young riders on the professional circuit today, with many predicting he will go on to have a stellar career.

Vingegaard’s success on the Tour de France has been credited to his strong work ethic and intelligence when it comes to cycling. Vingegaard is known as an all-around rider, with great strength, speed and technique.

He has shown himself to be a great climber, able to tackle the toughest mountains with ease.

According to the people who know him well, Winning the 2022 Tour was life-changing experience for the softly-spoken danish rider.

In an recent interview, Vingegaard stated that “Defending the Tour de France is hard but I’m up for the 2023 challenge. I am confident in my ability and I’m looking forward to taking on this challenge and doing my best”.

Which cyclist has the most Tour de France victories?

Five times over, Jacques Anquetil triumphed in the Tour de France, making him the first cyclist to accomplish this feat. He was victorious in 1957, 1961, 1962, 1963, and 1964. The fact that Anquetil won the Tour de France a record five times speaks about his prowess on the bike.

The International Cycling Union (UCI) decided to leave the wins from 1999 to 2005 vacant because of the Lance Armstrong doping scandal. Lance Armstrong was the winner of every race held between 1999 and 2005, but he was then disgraced as champion due to severe doping offenses.

The UCI decided to announce no winners for that period considering the size of the scandal and the fact that Lance was hardly the only rider that was doping at the time.

How much do Tour de France cyclists get paid?

The following top 7 cyclists will receive on average at least €9,920 each, and every cyclist who manages to complete the final stage of the race in Paris will earn approximately €992.

Touring Bike vs Road Bike – What Should You Ride?

How Long Does It Take To Bike A Mile? Things Every Cyclist Must Know

What is a good distance to cycle? How far should a beginner go