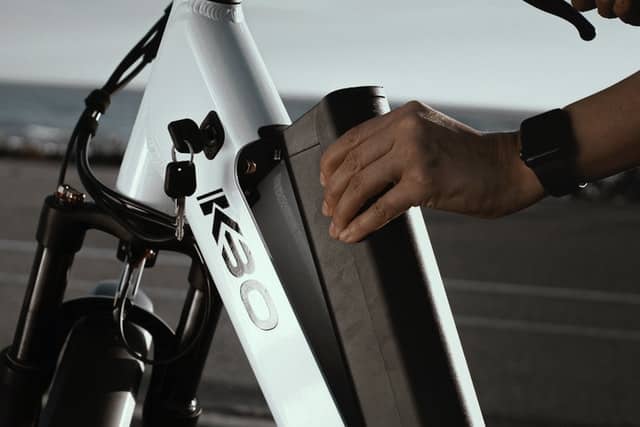 E-bikes are all the rage nowadays, and with good reason. The lack of peddling power makes them easier for anyone to use, regardless of physical limitations. But, how much does it cost to charge an electric bike?

There are a lot of factors that go into the cost of charging an electric bike, such as battery life, the size of the battery, and what type of bike you use. We’ll cover each one in detail.

The range of an electric bike is based on the type of electric bike, the size of the battery, and how well you are able to conserve your battery power.

There are two methods for conserving your battery power: using hills to your advantage and efficient gear shifting.

Hill climbing is when you climb a hill that continuously becomes steeper as time goes by. The resistance against your body as you climb increases, requiring more energy to overcome.

With every inch of forward motion you need to work harder. The higher up you get, the steeper and more intense the climb will become.

As you can see above, as your elevation rises, so does your energy consumption.

In order to climb the hill at an average speed of 10 miles per hour, there is a difference between the number of battery units consumed on the flat and uphill: 14 units on flat ground and 21 units on a hill.

But you can minimize that by proper use of your power setting ( modes ), efficient use of pedal assist and maintaining optimum cadence of about 75 pedal strokes per minute.

You can then double down on your battery saving by switching off power and going full manual when going downhill. You can save some extra’s on corners by hitting them at speed and on the right line.

Just by doing that you can easily increase your original range by 50 to 80% at no expense.

Another way to conserve energy when riding an electric bike is efficient gear shifting. Let’s say you are on flat ground, but you know that the nearest hill is coming up in 800 meters (a little less than half a mile).

If you were to shift gears and keep peddling at the same speed, then your energy consumption would be reduced by 30% (from 20 units to 14 units).

This is because your electric bike is able to use its battery power more efficiently in lower gears. This method of conserving energy helps you reduce your cost per mile when charging an electric bike.

Each new gear position shifts the derailleur moving the chain to a different sized ring. Most e-bikes have seven gear options on the rear wheel which you can use efficiently to conserve power.

For instance, on flat ground, shifting gears increases your energy consumption by 25% while on a hill it reduces it by 30%. If we were to do the math, the net energy consumption increase while in the lowest gear is 9%, while the reduction is 12%.

In other words, shifting gears saves you roughly 3% per mile as drive motor required more power with increase in speed and load. Over five miles this adds up to 15%.

How Much Does It Cost to Charge an Electric Bike?

Calculating how much it cost to charge an electric bike is easy; though it may require you to do some math. Don’t worry as it won’t need you to put your brain to test.

All you need is a simple calculator, your battery watt hour, your local electricity charge in kWh and a few moment of your time. To find watt hour you need to multiply Ah to the voltage for your battery.

Cost to Charge E-Bike Battery: For Different US States

Just like electricity rates change by country so does the cost of charging your electric bike battery. Even within countries many a times these cost change from state to state.

When it comes down to the top 20 economies in the world; countries like South Korea, South Africa and India have the lowest average electricity rate of $0.06 per kWh.

While china has the maximum average electricity rates of $0.50.

Now if we compare the cost of charging electric bike battery in China to that of South Korea or India. While it cost you about $0.18 to charge a 36v 10ah battery in china. The same will cost just $0.02 to charge in India or Korea.

Below is the pictorial representation of Electricity price (as of 2022 in an average) in top economies around the world. You can apply the above formula to find the cost of charging in your country.

Do Electric Bikes Pay for Themselves?

In the US, the average cost of operating a car is $0.50/mile. If you ride an electric bike at a reasonable pace and go to work 3 days per week, it will take you roughly 2 years to break even on your investment.

If you are cycling 50 miles per week (10 miles per day), then it will take half that time to recoup your investment due to its lower energy consumption rate.

You can calculate your cost per mile of operating an electric bike if you plug the numbers in to our calculator.

It is important to note that this is a very basic calculation and does not take into account charging time, maintenance costs, or battery life.

The cost of charging an electric bike can vary based on the size of your battery, whether you’re hill climbing or just riding normally, and how often you use it.

But, in general, the cost is around $0.04-0.08 per charge; Shifting gears and going down hills will save you additional 5-10%. Other factors that can increase your energy consumption are whether you are using your bike in inclement weather (rain and cold) or if it is damp outside.

Often times it is difficult to maintain a constant speed as you are wet and cold, thus increasing the energy load on your battery.

But even after taking all that into consideration e-bikes appears to be far more attractive in economical terms than using vehicles; especially considering the shooting oil prices.

How Many Miles Can I Ride on a Charge?

The amount of electricity the average American family uses during a year is around 12,000 kWh. This is roughly equivalent to 1,200 miles of riding an electric bike if you use electricity at a rate of $0.15/kWh.

The average range of an electric bike is between 40 and 60 miles per charge. This leads us to believe that it can take 3-7 hours to fully charge your battery depending on the size of your battery and its charging efficiency.

The smaller the battery and the more power it outputs, then the faster it will charge (up to a point).

I’m always interested to see the range of e-bikes every time I get my hands on a new bike ( even for a little ). The Maximum I got was 60 miles but most bikes average out around 32 miles.

One of my cousin once claim he was able to get as far as 100 miles for a charge; which I believed for the time but take it with a grain of salt ( little to no assist with mostly downhill rides I assume ).

What is a good range for an electric bike?

For one, any battery over 40 miles is considered a good range. If you are looking to purchase an electric bike, then we recommend that you get one that has at least 40 miles (60 km) of combined city and highway riding.

This would allow you to make it to work and back without being out of battery. For most, it’s probably best to go with the mid-range option of 60 miles (100 km) or more.

The average electric bike has a range that is about 30% less than advertised (32 miles compared to 48+). This can be attributed to the energy efficiency of riding an electric bike.

Critical Tips on How to Remove Speed Limiter Electric Bike