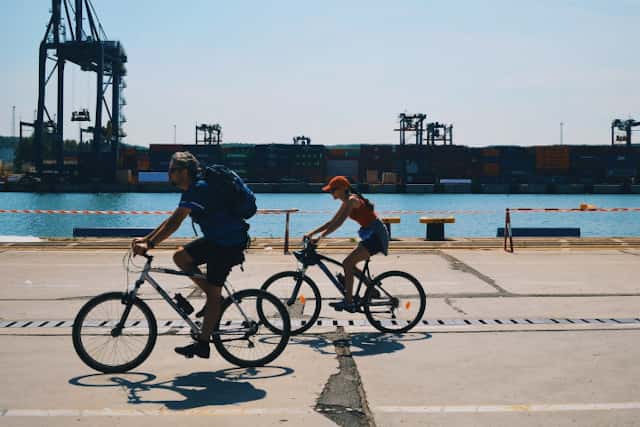 By sonumonuPosted on March 4, 2022Posted in Beginers Info

When buying a bike there can often be a lot of confusion surrounding the process; between terminology, terrain types, and performance it can be enough to make your head spin.

One unexpected addition to this consideration however is the difference between men’s and women’s bikes and the significant difference that it can bring to your cycling.

There are plenty of unisex bikes on the market that split the difference and have worked to appeal to both sides of the market.

While this is a very valid option and shouldn’t be knocked out of consideration, some customers may be looking for the extra support and adjustments that specified-gender designs can bring them.

While it can be said that men can ride women’s bikes and vice versa, it will simply be less comfortable. This may lead to the cyclist becoming unable to travel further distances or simply just having a more unpleasant ride.

So what are the biggest differences between the two designs? Let’s get into it.

One of the most prominent and obvious changes between men’s and women’s bikes is the style of saddle.

Now while it must be acknowledged that there are a million and one different slight adjustments that can be made to the design of a saddle depending on the brand.

There are a few overall gender-specific features that span across the entirety of the sport.

As men and women differ in their physicality, the adjustments made are to tailor and support each cyclist accordingly. One of these differences is that women tend to have wider sit bones than the majority of men.

As a result, the rear of women’s saddles is typically wider and shorter versus men’s which are usually narrower and longer. This also serves to support the lower back of women, which can be a common issue for athletes.

Most competitive female cyclists often prefer to opt for a narrower option however as to avoid friction while peddling. If you’re not planning on entering the Tour de France however a wider saddle may be significantly more comfortable.

In higher-quality bikes, it’s normal for both genders to have a space in the center of the saddle to improve ventilation, relieve pressure, and provide an overall more comfortable ride.

Another distinctive difference between the two designs is the size of the bike’s frame. As women are shorter on average, different components of the frame are adjusted to be more efficient.

These can include the shortened horizontal distance between the bottom bracket, where your ‘crankset’ or pedals are located, up to the head tube, which works to support your handlebars.

Women’s torsos also often tend to be shorter so to help the ‘reach’ or distance between the rider and the handlebars the horizontal distance is also typically shortened between the bottom bracket and head tube.

The main difference stands in the fact that the ‘top tube’ or middle bar is significantly higher or lower on the frame, respectively.

While the differences in these styles are still seen, there is no actual added benefit for either gender and instead, the difference in styles reflects more on the level of performance required.

This is a feature that many people will have noticed can vary to a great degree and as such can have a massive impact on your cycling.

Men generally have wider shoulders and longer arms than women and as such have a wider grip when cycling.

This is why bikes designed for men typically come with wider, lower set handlebars and their grip handles are spaced further.

Women’s are ordinarily designed to be shorter, narrower, and are set higher to compensate for shorter arms.

As each person is built differently, these assumptions may not always fit someone accurately and as such it’s important to remember that adjustments are always welcomed to help you ride comfortably.

One of the most important features of a bike, it’s important to mention that the breaks don’t differ much between the genders they were created for.

In fact, the only difference between the designs is the adjustment to the size of the brake levers.

Brake levers are another feature that is adjusted to suit the gender of its owner, and as the tool needed for engaging the brakes on the bike, is important to get right.

While this adjustment can be important for some people that may struggle, it is usually a small difference that isn’t always necessary for many cyclists.

The crankset of a bike is the part that connects to your pedals and works to turn the gears and chain in your bike to get you going.

The crank is the piece of metal that connects your pedal to the rest of your bike.

While you think that there surely couldn’t be any difference in these pieces, there is a slight adjustment that helps to improve a cyclist’s performance and comfort.

This small change is in the length of the crank supports the contrast in height between men and women cyclists.

While men’s bikes are designed with a crank commonly measuring at 170mm, women are generally shorter, and as such their designs often include a crank measuring closer to 165mm.

Though this is a small change, the modification serves to allow the cyclist to reach the pedal easier and make the experience a more comfortable and successful one.

Arguably the least important difference to your bike, depending on who you ask of course, we can’t forget the typical difference in style that appears between the two genders’ bikes.

While society has taken a massive step away from simply painting a frame pink and calling it a women’s design, there are still a few differences that we can note.

Bikes designed for women are usually painted more colorfully, with more warm and loud colors being used compared to men.

While it’s a difference, it’s not necessarily a negative one, and compared to the plain and often dark men’s products it can be nice to have a splash of color for a change!

It’s worthy to note that while this is still the case, many companies have begun designing bikes with overall neutral designs and the styles seem to be focusing more on the build and design of the person over their gender.

So whether you’re looking for an intimidating all-black mountain bike or a bright-blue casual everyday bike with a basket, there’s something for absolutely everyone.

Be sure to take advantage of this improvement in the market and be sure to stay safe and comfortable while on the trail.

7. The Best Bike is the one that suits you

Now that we’ve gone through the typical differences in designs and the benefits that each can bring, it’s important to note that though a product is made for your gender it may not always be the right fit for you.

Whether you’re a competitive racer or simply enjoy a Sunday cycle, each person is different, our bodies, requirements, and intentions are all unique and your bike should be too!

Never be afraid to swap things around and work to find the right fit for you because at the end of the day, the whole point is to make sure you’re comfortable doing what you love!

There is a rise in unisex bikes on the market that are serving to be the answer to anyone that feels like they are in the in-between when it comes to support in their cycling.

Most people won’t match the ideal candidate for men’s or women’s bikes in one way or another; maybe you have the average leg span but your shoulders are a little broad for the handlebars, either way, the market is changing to support everyone with a love for the sport and don’t be afraid to take advantage of it.

The design differences between bikes designed for the opposing genders are overall slight but effective.

The physical variations of the genders have led to companies being able to improve their products to help give cyclists the support needed to feel represented, comfortable, and to perform to the best of their ability.

These adjustments are a significant factor when buying a bike and we hope that this knowledge will help you be more confident in being able to find and build the bike that is right for you.

Do you have any questions or comments? Is there anything in this article that intrigued you? If so, don’t be afraid to get in contact with our team!

How to Pair Apple Watch to Peloton Bike

Is Orbea A Good Bike Brand? Know This Before Buying!

Top Cycling Trends To Look Out For In 2022

Are MIPS Helmets Worth It? Bike Safety Questions Answered